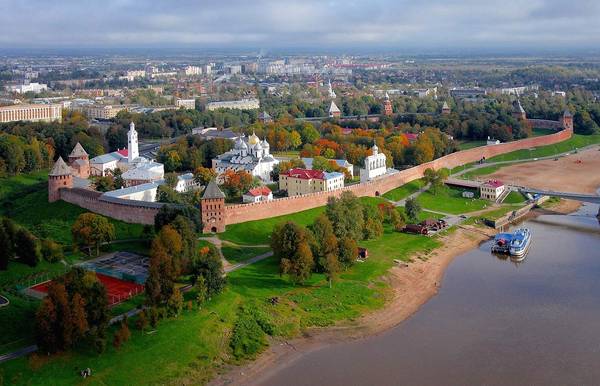 Veliky Novgorod (Novgorod the Great) is one of the oldest Russian cities. It was first mentioned in chronicles in 859. In 1044, the construction of a stone Kremlin began on the bank of the Volkhov River, to protect citizens from invaders. In 1052, the imposing St. Sofia's Cathedral was built, which is now the heart of the Kremlin. There are plenty of churches and monasteries in the city and around. The architectural complex of Novgorod and surroundings is enlisted in the UNESCO's World Heritage List in 1992. Novgorod is a capital of Novgorod Region. Covered with forests, the area attracts many nature lovers. Probably the most famous place after Novgorod itself is Valdai National Park, with its center in the town of Valdai 140 km southeast from Novgorod.