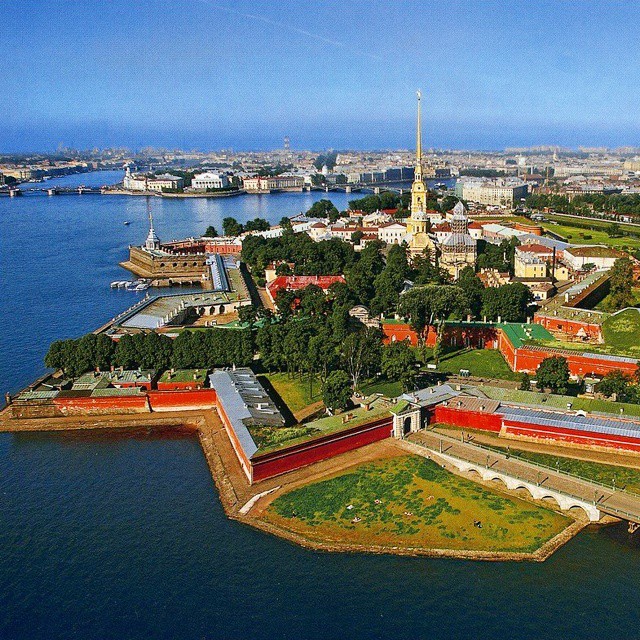 The Peter and Paul Fortress occupies the central part of the Architectural ensemble in Saint Petersburg. It was founded on the May 27, 1703 and its foundation gave rise to the city of Saint Petersburg. The Cathedral of SS Peter and Paul is especially prominent in the ensemble of the fortress. It was built on the place of the wooden church, dedicated in the names of Apostles Peter and Paul. The Cathedral is decorated with the gilded broach spire of 122.5 meters long with the figure of flying angel on the top, which has become the symbol of the city. With the flow of time the cathedral became the burial ground for the members of the imperial family. Since 1724 the monetary department was situated on the territory of the fortress, and in the beginning of the 19-th century special building was constructed to house Monetniy dvor (The Coin Yard). Since the 18-th till the beginning of the 20-th century the fortress was the political prison. In 1954 the complex was put in possession to Saint Petersburg State Historical Museum. At present city festivals sometimes take place in the Peter and Paul Fortress.